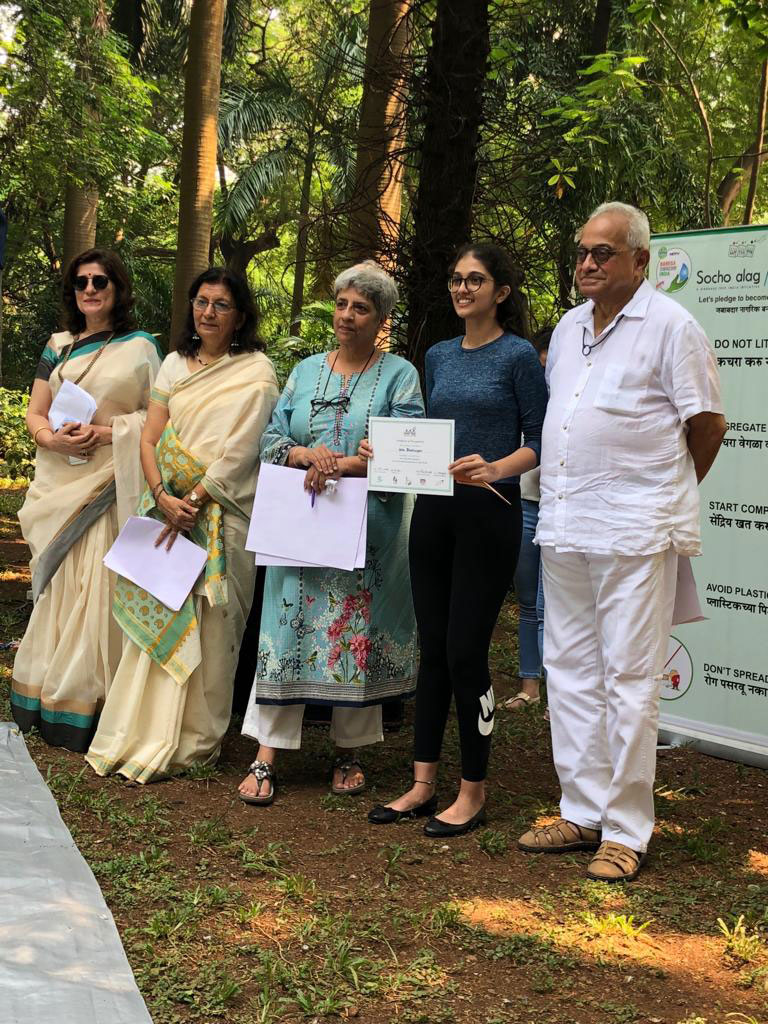 The campaign on waste segregation that started in Cuffe Parade last year culminated on Gandhi’s birthday today. This was a pilot effort by Garbage Free India under the Socho Alag (in English “Think Differently”) campaign with two other NGO – Clean Mumbai Foundation and Hari Dharti (Green Earth).

In the first phase, out of 51 high rise buildings were selected. All the three NGO spent time with the residents of each building to educate them about segregation of wet and dry waste. Dry waste is collected by the door to door collection effort of Municipality while the wet waste is composted.

In the last one year, out of 29 buildings as many 18 buildings have started doing the composting of wet waste. Out of 2300 Kgs of waste that is generated everyday as much as 1700 kgs gets composted which is a tremendous achievement in the first year itself.

The next campaign is to clean the water front opposite Badhwar Park. For this, Founder of Beach Warriors, has assured of his participation with his volunteers. The youth of Cuffe Parade are expected to join this initiative.